Senior Scientist at University of Salzburg 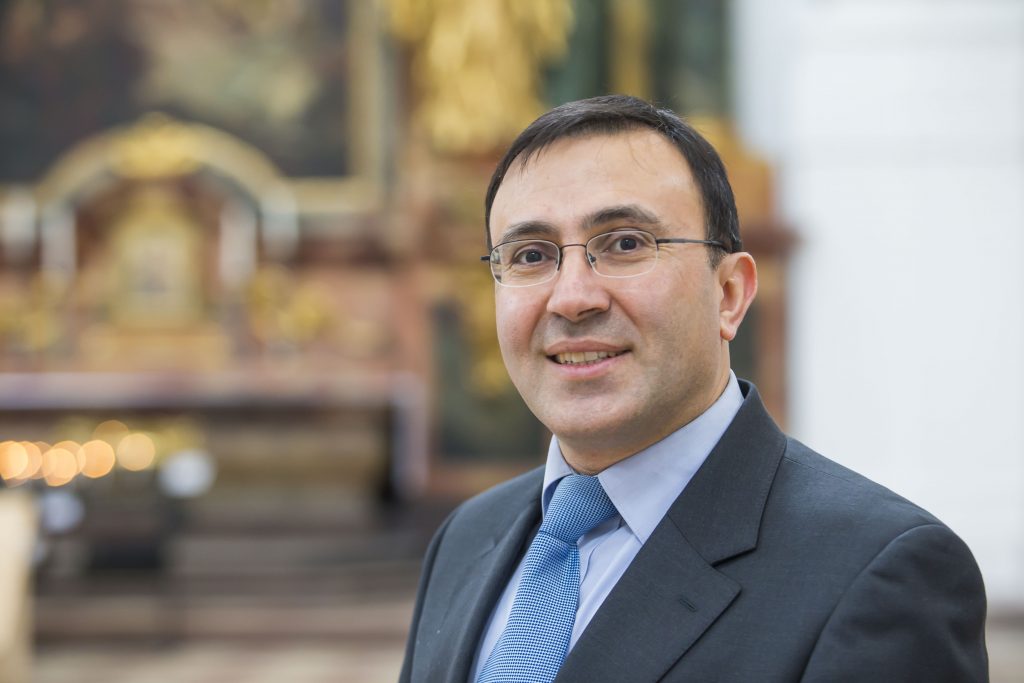 Aho Shemunkasho was born in Tur Abdin in south-east Turkey, growing up with the Syriac language and liturgy. Emigrating to Germany at the age of 11, he obtained an MA in Catholic Theology in Paderborn, followed by an MSt and DPhil in Syriac Literature from Oxford University under the supervision of Prof. Sebastian Brock.

As the first co-ordinator for Syriac religious education in North Rhine-Westphalia, Germany, between 2000-2006, he set up religious instruction in the public schools, including developing the curriculum, teaching and teacher training.

From 2002 Dr. Shemunkasho worked as a researcher for the University of Salzburg, beginning as a full time post doc in 2006. Assistant professor from 2010, he then received an endowed professorship for five years from 2014-2019 as Professor for History and Theology of Syriac Orthodox Christianity.

At the same time, Dr Shemunkasho established an MA in Syriac Theology which was offered in 2015, the first of its kind. With the involvement of many international scholars the MA aims to build a bridge between the living Syriac community and the academic study of Syriac literature. With the support of the Syriac Church, Dr. Shemunkasho initiated the establishment of a dedicated student house Beth Suryoye, for the MA students and others interested in Syriac Christianity. As director of the MA and supervisor of the student house, Dr. Shemunkasho is responsible for the academic programme as well as overseeing the student house.

His areas of expertise include patristic studies, liturgy, spirituality and ecumenism; and he has supported numerous MA and doctoral students since 2013. Equally he has served on a number of academic committees and interview panels and is a member of the Center for the Study of Eastern Christianity (ZECO), along with various academic organisations including the Görres Gesellschaft and the Committee of the Catholic Church Historians Austria (AKKÖ).

Dr. Shemunkasho is involved in ecumenical and inter-religious dialogue at the regional, national and international level, such as being a consultant for Pro Oriente, a Catholic foundation working with the orthodox and oriental churches. Dr. Shemunkasho has represented the Syriac Church at the World Council of Churches, taken part in the Global Christian Forum, the Levant Gathering in Lebanon and the Lausanne Orthodox Initiative.

Forthcoming books in 2020 include Severus of Antioch 1500 Years Commemoration of his Exile in 518 AD, and John of Dara’s Four Treatises On the Resurrection of Human Bodies. Link